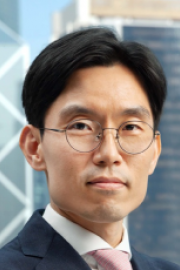 Phil started managing the Luxembourg-domiciled Mirae Asset Asia Growth Equity Fund since January 2015. He has also managed a number of China flagship funds domiciled in both Luxembourg and Korea since March 2019.

Prior to joining Mirae Asset, Phil started his career as Equity Analyst & Market Strategist at Daewoo Securities Korea in 2006. He then joined Mirae Asset Securities in Seoul the following year as Strategist and Small Cap Analyst before moving to Mirae Asset Global Investments in Seoul in April 2008 where he was Investment Analyst covering Autos, Financials and Real Estate sectors. He was later transferred to the Global Investment Team in November 2009 as Research Analyst before relocating to the Hong Kong office in 2010.

He is the author of the book titled “The Future of Asia Investment”. The book analyses investment opportunities in Asia and is written in Korean. He is also a well-known columnist in Korea writing on global investment.